Last night I was housesitting for my homeboy, Ducktaper, so I brought along Double Nickels On The Dime (1984). I’ve written about this Minutemen classic before [click here], mainly because it’s one of the greatest rock albums ever made. Not punk rock. Rock. In fact, if you gave me only three records to bring on that proverbial desert island … you know, the one with functioning electricity and some sort of solar-powered jukebox … this would certainly be one of them.

I also brought along Michael Fournier’s excellent 33 1/3 treatise on Double Nickels, so I could listen to the songs and read what he had to say. Basically, if there was a Nerd Olympics, last night I was Usain Bolt. And as I was sprinting by page 16, this quote stopped me in my tracks:

“D. Boon had the most trebly guitar sound, totally scratchy and everything. But, the songs are so catchy. It’s totally in your face in a lot of ways, definitely lyrically, but at the same time there was this pop side to it that was awesome. They managed, in a forty second song, where thirty seconds of it was scratchy guitar and crazy rhythms … to have ten seconds of it be this super catchy chorus.”
–Mac McCaughan, Superchunk 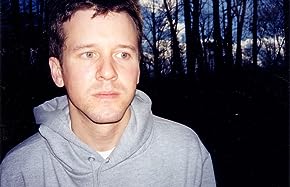 Mac (pictured right) being a Minutemen fan isn’t surprising. Hell, I’d be surprised (and disappointed) if he wasn’t a fan. I just didn’t expect to see him quoted in this book. His comment is actually very revealing. If anyone has spent a career balancing super catchy melodies with punk rock discord, it’s McCaughan. So, it’s telling that he’d pick up on the pop song lurking deep in the recesses of D. Boon’s writing. But, you may be wondering, how about an example of this melody/dissonance dichotomy? OK, fair enough.

“’99” is not from Double Nickels, but rather their 1983 LP, What Makes A Man Start Fires? You got your crazy rhythms (Mike Watt and George Hurley say, “Hi”), you got your scratchy, trebly guitar, and while it’s far closer to Blue Öyster Cult than it is The Beach Boys, that brief chorus (“Reserved for ’99, you knew it would be there”) is undeniably catchy, especially relative to the rest of the album.

Minutemen – This Ain’t No Picnic

Working on the edge
Losing my self-respect
For a man who presides over me
The principles of his creed
Punch in, punch out
8 hours, 5 days
Sweat, pain, and agony
On Friday I’ll get paid

I’m working
But I’m not working for you
Slack motherfucker!

Relax, sit down
I’ll kick that stool right out from under you
Well then, I see you sitting outside
I can do the same thing too

I’m working
But I’m not working for you!
No!
Slack motherfucker! 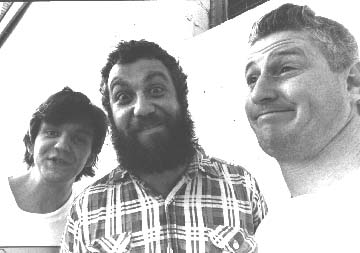 Technically, “Picnic” is about working FOR an asshole and “Slack Motherfucker” is about working WITH an asshole, but that’s nitpicking, really. I love the fact that two of my favorite bands have anthems about how much work sucks. It’s practically an American tradition, ain’t that right big boss man?

Let’s tie a bow around the lineage of these two great bands, featuring my favorite cover of “Slack Motherfucker.” It’s a live recording from The Palomino in North Hollywood and the band features Mike Watt on bass, George Hurley on drums, and Ed Crawford on guitar and vocals. I’m obviously talking about fIREHOSE (pictured above w/Ed far left), the band formed in the wake of D. Boon’s tragic death in December 1985. And if you’re like me, this is gonna make you feel old because the song was recorded almost exactly 20 years ago. That’s right, a 2 than a 0. Ugh.

By the way, is it just me or has fIREHOSE quietly slipped through the historical cracks? OK, they were no Minutemen, but they weren’t THAT far behind, come on. Besides, who can’t you say that about??? They were a force of nature live and Ed brought a melodic, almost country feel to several of his songs that D, for all of his greatness, didn’t bring to the table. If anyone is interested in a fIREHOSE post, I’d be happy to mix up that medicine. Hell, if it wasn’t 187 degrees outside, I’d fly the flannel on general principle.

5 comments on “This Ain’t No Picnic”