It makes sense that Brandon mostly interviewed DC-based insiders, but he was also kind enough to talk to me. So, what follows here is our full Q&A, a snippet of which is included in his feature. I’ve added a few thoughts since our original exchange, but it’s basically the same back-and-forth we had a few weeks ago. I thought it would be a fun sidebar to his article, which again, you really should read first. Look at this post like a DVD extra. Now, my insights are nowhere near as valuable as a Picciotto or Lally, but sometimes it’s good to get an outsider’s view. How was Fugazi and 13 Songs received to a 20-year-old knucklehead living in Chico, California? Let’s find out.

Brandon: Prior to Fugazi, were you a fan of other DC bands like Embrace, Rites Of Spring, or Happy Go Licky? If so, how did Fugazi compare to those bands?

LD: Actually no. I got the full-on DC baptism when I joined Chico State’s campus radio station, KCSC, in the fall of 1989. Up to that point I was a punk rock novice. I was a classic rock, classic R&B, and hip-hop kid (which coincidentally was in its classic phase at that moment). That first year at KCSC, 1989-90, was my immersion in everything from Hüsker Dü and The Replacements, to Black Flag and Minutemen, to Bad Brains, Minor Threat, and of course Fugazi. So, I really had no reference point when I came onboard KCSC. Which was kinda good. I heard all that Dischord stuff with fresh ears, Fugazi included. Brandon: Where and when did you first hear the songs that eventually made it on to 13 Songs? What were your first impressions of that material?

LD: True story: When I joined KCSC in ’89 we did not have a CD player and, as I recall, we didn’t get CD players for about a year. This is how long ago that was haha. We had two turntables and that was it. So, instead of being exposed to 13 Songs, we had the 7 Songs and Margin Walker EPs on vinyl. In fact, Margin Walker had come out that summer and was in HEAVY rotation during my first few months at KCSC. Now, I personally owned a CD player, so I bought the 13 Songs CD from either The Underground or Sundance Records, cool record stores in Chico. But, the station was strictly vinyl for about a year.

As for first impressions, both EPs blew me away. Again, I had no reference point for what Fugazi was doing. They completely rocked, but they didn’t rock in a conventional way. This wasn’t Zeppelin, Metallica, or Guns ‘n Roses, and it certainly wasn’t Minor Threat. Their songs were insistent and had aggressive passages, but the arrangements snuck up on you and forced you to reckon with their genius on their own terms.

Brandon: Did 13 Songs make a lasting impression in terms of how you approached listening to, playing, or writing about music?

LD: For sure. I think one of the things I learned from Fugazi is how great bands use space. Full-bore, 3-chord punk songs can be awesome, but it takes a band with a LOT of self-assurance and command of their craft to have guitars drop out and let the rhythm section carry the song. In fact, I think every member of Fugazi was essentially part of a churning, driving rhythm section, just listen to the start of “Burning.”

Joe Lally holds down the bottom end with a simple and typically huge bassline, Brendan Canty rides on top with a 4/4 beat that incorporates a lot of click-clacky rimshots, and Ian MacKaye‘s guitar feedback rides on top of that. And then the feedback drops out and Lally and MacKaye both play the song’s main riff, leaving this huge hole in the song. But, that hole makes perfect sense. And when Guy Picciotto’s vocal comes in at the :40 mark, it nestles perfectly into that empty space. There’s not a bunch of solos and shit flying all over the place, the musicians don’t need to draw attention to themselves, it’s all about serving this spare, elegant song.

With the benefit of hindsight and a much greater understanding of rock history, I can see Fugazi in the tradition of mid-period Who (Tommy and Quadrophenia, especially). Not that Fugazi necessarily sounds like The Who, but I think Pete Townshend used space in a similar way, letting his rhythm section drive the song forward, and having the guitar “comment” over and between the bass and drums. A better comparison might be dub music, which was a huge influence on Fugazi. Dub incorporates a lot of space in its arrangements, with the bass and drums being the lead voice, if you will, which is true of many Fugazi songs. It’s also a genre that’s largely instrumental, which is worth noting because Fugazi’s albums typically featured at least one instrumental. In fact, the soundtrack to the Fugazi documentary, Instrument (1999), mostly consisted of instrumentals. 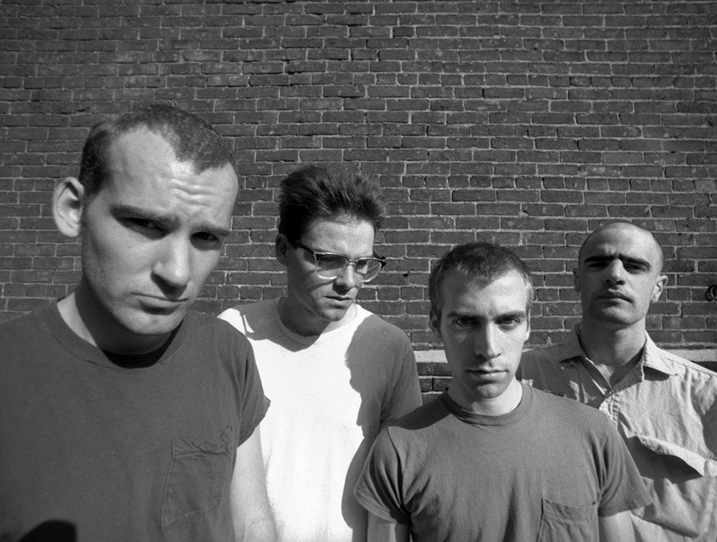 Brandon: What are your favorite songs from 13 Songs? Why?

LD: Lots of great ones, but it’s hard not to start right at the beginning. Joe Lally’s intro to “Waiting Room” is the greatest opening bassline in rock music history and it’s not even close. It makes Geezer Butler on “NIB” (Black Sabbath, 1970) sound like he’s having a stroke. “Bad Mouth” is a total fistpumper. “You can’t be what you were, so you better start being just what you are.” What a line! “Margin Walker” is great for a lot of the same reasons. Makes me wanna start a mosh pit with my kids. “Provisional” is one of Picciotto’s best and you can hear a pop song trying desperately trying to get out. “That’s the price you pay for hoping every slip’s not a slide.” Another great line. And “Promises” is a fantastic way to end both Margin Walker and 13 Songs. That slow build and those undulating feather/sledgehammer dynamics is classic Fugazi. It’s funny, other bands from that era, like The Pixies, Nirvana, and Smashing Pumpkins (ugh), are credited for popularizing those quietLOUDquiet arrangements, but Fugazi could play with dynamics as well as any of them.

Brandon: What lyrical themes made a particular impression?

LD: I think “Suggestion” is a standout and totally relevant today for its unflinching look at gender roles, objectification, and how we assign blame to victims:

“Why can’t I walk down a street free of suggestion?
Is my body the only trait in the eyes of men?”

“So, we play the roles that they assigned us
She does nothing to conceal it
He touches her ’cause he wants to feel it
We blame her for being there”

Heavy stuff. I’ve seen this song live and believe me, it’s something to hear a whole room scream along with Ian, “YOU SPENT YOURSELF, BOY!!!”

“And The Same” is another tune that is sadly still relevant, what with our country’s love affair with guns. Love the lines, “If you have to carry a gun to keep your fragile seat at number one/This is a bullet you can’t outrun.”

Flyer for Fugazi’s 1990 Chico gig, which I was lucky enough to attend. You can purchase it as part of the Fugazi Live Series and — fun fact — this flyer was donated to the band’s archives by my Chico roommate, Dave Trezza. IN YOUR FACE, SACRAMENTO!

Brandon: From your perspective, what was the initial impact of the early Fugazi material on the DC post-punk scene, and on scenes elsewhere?

LD: I can’t really speak to the DC scene, but I feel like I hear Fugazi in later bands like Jawbreaker, Silkworm, and Centro-Matic. Actually, their common thread is the embrace of space and dynamics, that freedom to explore the different nooks and crannies that might be hiding in a song. I think this value system is totally underrated. Look, I love a good power-pop hook as much as the next guy, but there’s something inherently brave about a band willing to pull back from that and challenge the audience by not giving them the easy melody to latch onto. As Guy sings in “Bulldog Front,” “Let’s knock and check to see if there’s somebody home.”

Brandon: How does 13 Songs sound to you today? What continues to stand out about these recordings?

LD: Totally holds up. The intensity of these songs hasn’t diminished in 25 years and I imagine we’ll be able to say that in another 25, 50, or 100 years. As a matter of fact, I have no doubt that even our robot overlords will appreciate Fugazi 500 years from now when they’re enslaving us via microchips in our brainstem. 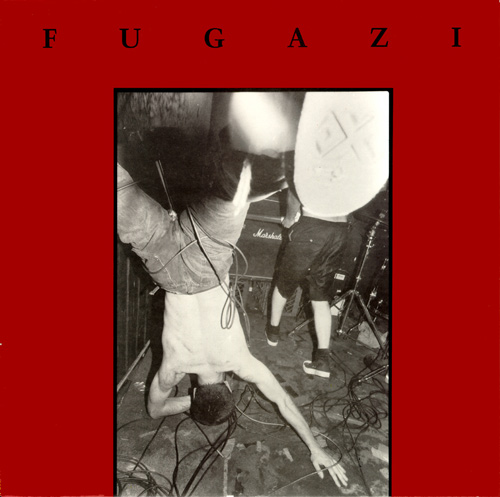 AT THE TIP OF YOUR FINGER