Alex Chilton fans are probably familiar with these stories, but I wanted to collect them in one place. They address what I call his “missing years,” a 20-year span bookended by Big Star‘s dissolution in the mid-’70s and their re-emergence as indie gods in the mid-’90s.

Those two decades are critical in understanding Chilton’s iconoclasm, a trip that takes us from Memphis to New York to New Orleans, and includes a wondrous detour through my beloved Tuscaloosa, Alabama. It says a lot about Chilton’s legacy that the comments section for each of these stories are as good as the articles themselves. The man left a mark, no doubt.

Incidentally, all the pictures of Alex (1 above, 2 below) were taken by famed NYC street photographer, Godlis. You can link to his website by clicking on his name, but I also recommend visiting his blog, Diary of a Lunatic Photographer. Great stuff. 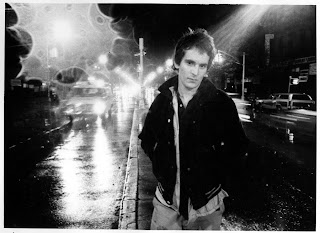 “After recording the third Big Star record in 1974, Chilton would spend the next seven years searching for and then fine-tuning his artistic vision. He would find it an aesthetic of raw spirit and destruction that made for great rock ‘n’ roll and left a number of casualties along the way, including, for a time, Chilton himself.”

Alex Chilton’s life in New Orleans was a mystery, and that’s how the Big Star singer wanted it
Keith Spera, New Orleans Times-Picayune 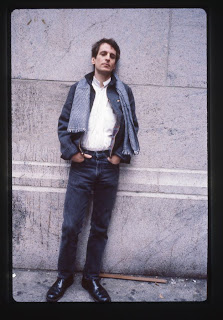 “By 1982, Chilton had soured on the music business in general, and his native Memphis in particular. Struggles with substance abuse didn’t help. Hoping a change of scenery would reinforce his decision to quit drinking, he resolved to start over in New Orleans.”

Classic. Only Alex Chilton moves TO New Orleans to quit drinking. It’s like moving to Texas to get away from the heat.

Getting High With Alex Chilton In Tuscaloosa, 1986-1990: An Oral History
Via Deadspin

“In the late ’80s, after the Box Tops and Big Star, but before the Box Tops and Big Star reunions would put enough money in his pocket to make fraternity parties a thing of his past, Alex would pass through town three, four, maybe five times in a year. In Tuscaloosa at least, Alex Chilton was revered, despite, or maybe due to, a mercurial nature that seemed to tip-toe between mischievous and merciless; people felt honored just to buy him weed.”

Apparently, the Tide wasn’t the only thing rolling in T-Town.

FYI, originally this post included some info on my Clarence White series, which is why “revisiting-clarence-white” is in the URL. But, since the series has finished, that whole spiel seemed superfluous. So, no CW material, but the URL was grandfathered in the redesign.