As 1966 came to a close, The Byrds were in the studio recording songs for Younger Than Yesterday. Chris Hillman, inspired by his recent session work with Letta Mbulu and Hugh Masekela, brought his first songwriting efforts to the studio. I don’t think there’s enough critical appreciation of Hillman’s artistic leap from Fifth Dimension to […] 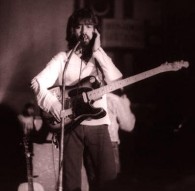 The Byrds entered 1971 heading in opposite directions. As a live unit, there’s no question that the band was at its career apex. The Clarence White-Gene Parsons-Skip Battin rhythm section was massive. If anything, Roger McGuinn was the musical weak link, a disturbing trend that would replicate itself in the studio. I will diatribe later […]

“We’re getting standing ovations for the first time. We’re tighter and more together. We’re a much, much better band.” –Roger McGuinn to Rolling Stone, late 1969 1970 was The Byrds’ last great year of sustained excellence. They played around 200 gigs in the US and Europe and were consistently lauded for kickass live performances. […]

While researching The Jayhawks for my Lover Of The Bayou post, I discovered that Gary Louris produced The Sadies‘ 2007 album, New Seasons. How in the name of God did I not know this?!?! I’ll tell you how. I downloaded the album from eMusic and it didn’t come with liner notes. Is it really […]

Byrds – Lover Of The Bayou Untitled, 1970 Amazon   The live LP kicks off promisingly with one of the Gene Tryp numbers, “Lover Of The Bayou.” This foreboding tale of a voodoo houngan man is swamp-mojo braggadocio in the great tradition of Bo Diddley‘s “Who Do You Love.” The music is threatening, and […]