This video of The Blasters playing with Carl Perkins and Willie Dixon has been making the social media rounds of late. As a historical document, it can’t be topped. It’s the seven-piece version of the band in which the core Blasters — Phil Alvin (vocals, rhythm guitar), Dave Alvin (lead guitar), John Bazz (bass), and Bill Bateman (drums) — were augmented by Gene Taylor (piano), Lee Allen (tenor sax), and Steve Berlin (baritone sax). Adding Taylor’s boogie-woogie piano and the punchy, swinging Allen/Berlin horn section transformed The Blasters from badass roots music jukebox into motherfucking force of nature. They were revivalists in the best sense of the word, keeping alive dozens of obscure songs that were either first wave rock ‘n’ roll or the music that became rock ‘n’ roll.

“We got the Louisiana boogie and the delta blues
We got country, swing, and rockabilly, too
We got jazz, country, western, and Chicago blues
It’s the greatest music that you ever knew.”
–“American Music” (Dave Alvin)

The Blasters emerged in the cauldron of LA’s early punk scene and were aesthetically compatible with other roots-minded Angelenos, like X, Gun Club, Flesh Eaters, The Cramps, and Los Lobos. However, Blasters songs seemed to evoke a pre-Beatles America, an alternate history where “So Long Baby Goodbye” co-existed with the original versions of “Roll ‘Em Pete” (Big Joe Turner and Pete Johnson), “Justine” (Don & Dewey) and “Never No More Blues” (Jimmie Rodgers via Bob Wills).

“We felt that if we played the old blues, R&B, and rockabilly songs with the same energy as the originals, that there was nothing ‘dated’ about them, they could stand up next to any punk song. With our background in blues and R&B, we knew we couldn’t honestly be a true punk rock band. But, we could take what we learned from Lee (Allen) and Big Joe (Turner) and Marcus (Johnson, former bandleader for Jimmy Reed) and mix it with what we learned from the English punk 45s and the punk rock shows we’d seen at The Masque and various venues around LA and Long Beach.”
–Dave Alvin, Testament: The Complete Slash Recordings liner notes, pp.19-20

Of course, The Blasters weren’t just an adept cover band. Dave wrote stunningly original songs that split the difference between Johns Fogerty and Doe, reconciling AM radio and punk rock, working class and drinking class. I have little doubt that one hundred years from now, our great-grandchildren will be teaching “Marie, Marie” and “Border Radio” to our great-great-grandchildren. Add the soaring, soulful voice of Phil Alvin and the crack Bazz/Bateman rhythm section and you have one of the ten best bands in the history of Los Angeles.

The only downside to this Soundstage video is muffled, mediocre sound. Oh well. A flawed video is better than no video. Maybe someday PBS will restore and reissue the entire performance, which could theoretically include another Dixon song, and 30-45 more minutes of the Perkins/Blasters combo package. At least according to Dave Alvin:

“Soundstage was like the Chicago version of Austin City Limits. They said it would be an hour-long show filmed over two nights. We could pick two guests and they would get ’em. We talked about Big Joe Turner, but chose Willie Dixon and Carl Perkins. We thought that was the two sides of The Blasters.”
–Dave Alvin, American Music: The Blasters/Dave Alvin newsletter, Nov-Dec 2001 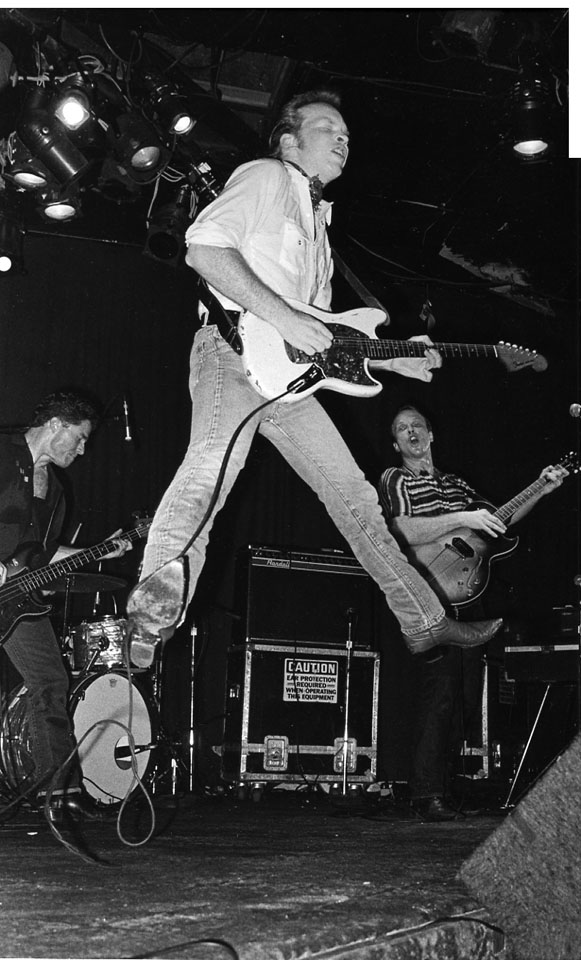 First sighting of the Phil Face, brilliantly captured on the cover of The Blasters’ self-titled Slash debut (1981). Solid guitar work from Dave and gotta love Bateman kicking it up a notch on the last verse, all Earl Palmer up in the ride.

It’s the second song and Phil Alvin is already sweating more than Patrick Ewing in a playoff game.

Phil Alvin: “This goes out to the radio stations that come up from Mexico.”

Maybe the greatest Blasters song and Dave Alvin song. It’s also both a product of Los Angeles music and a narrative that quintessentially embodies the southern California experience, in a way that could relate to white kids and Hispanic kids, no small feat.

Phil Alvin: “Right now I’d like to introduce the king of rock ‘n’ roll saxophone. One of the greatest rock ‘n’ roll saxophone players, bar none. (He played on) all the Little Richard stuff that you know and all the Fats Domino stuff. Everybody, New Orleans, Chicago, it doesn’t matter. Lee Allen.” I think it’s Dave adding, “And on baritone sax, Steve Berlin.”

“I’m Shakin'” was written by Rudy Toombs (“One Mint Julep”), popularized by Little Willie John, repopularized by The Blasters, re-repopularized by Jack White. If you haven’t figured it out by now, Phil Alvin could sing his Downey ass off. 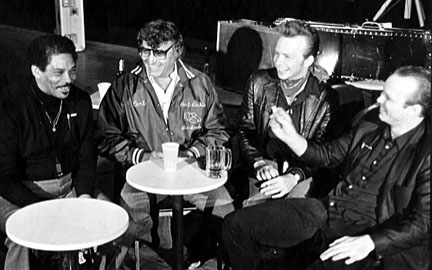 “Back in 1955, I started at Sun Records, and I started working with Elvis Presley. Elvis and I used to talk about the people that we loved in the music business. Fats Domino, he and Chuck Berry, I would say that those two individuals influenced the artists at Sun Records probably more than any two cats I know of. You mix their sound and way of making music and add a little Bill Monroe in there and you got rockabilly music.”

Gene Taylor is a much better piano player than singer, but on a night when we get Phil Alvin AND Carl Perkins on vocals, I have to cut him some slack. Actually, I think over the years Gene developed into a pretty good singer because he found his voice within his specific range. Nothing wrong with that, in fact, Dave went through the same thing. Not everyone is born singing like Phil fucking Alvin.

A Bob Ehret obscurity, which describes the entirety of the Ehret discography.

Dave: “I remember being 3 years old and having Carl Perkins records, Elvis Presley records, Coasters records, and Fats Domino records and all that.” 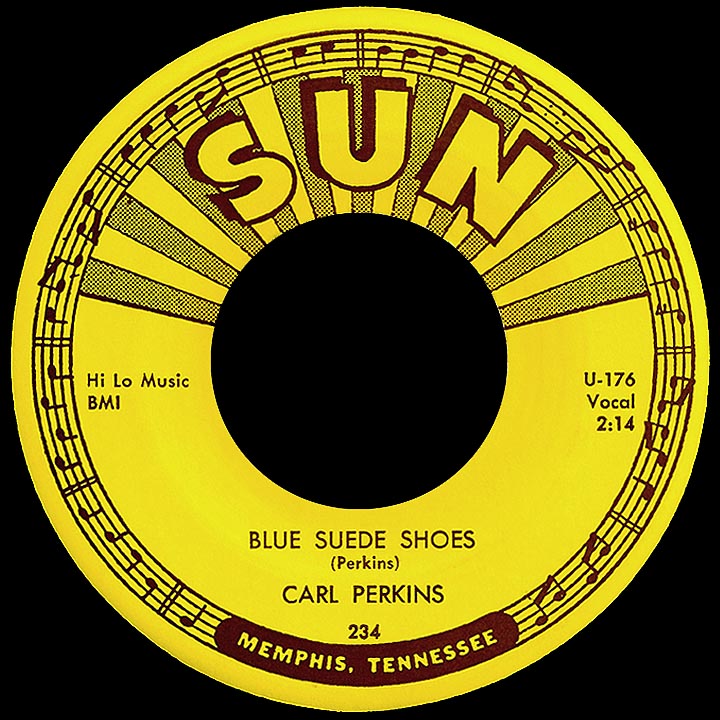 Dave: “We grew up with that music. As times changed we changed a little bit, but still somewhere down in my body, by the heart, when I hear that music I go, ‘Yeah, that’s it. That’s what it’s all about.'”

Fun fact II: Jerry Lee Lewis’ follow-up single was “High School Confidential,” which was climbing the charts when news of the Killer’s marriage to second cousin, Myra Gale Brown, was made public, and a song that was later released on The Blasters’ 1982 EP, Over There: Live At The Venue, London.

Life on the plantation. 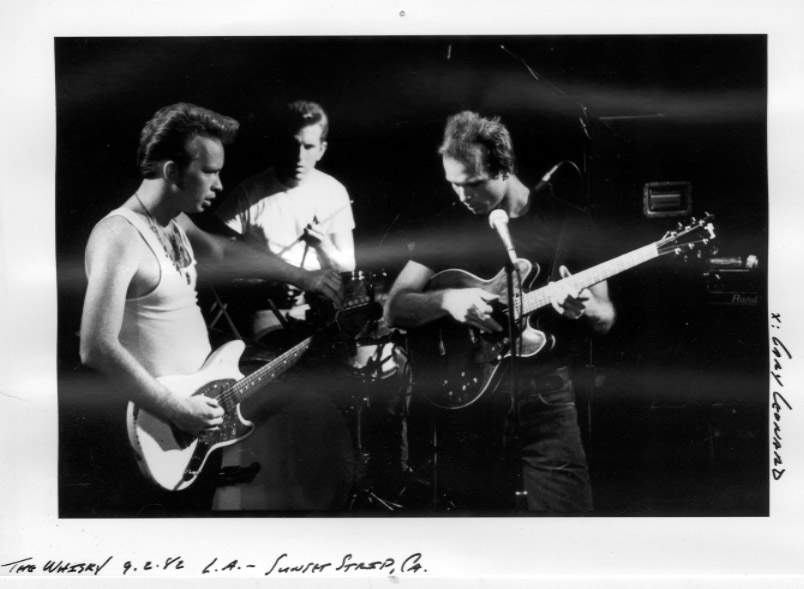 “American music, whether it’s jazz, rock ‘n’ roll, or whatever it is, especially (the music) underlying rock ‘n’ roll, gave more to the world than anything else. More than American writers, more than American painters. This music from people like Lee (Allen) and Carl Perkins, that affected people in Australia, to people in Russia, to people in China. (Rock ‘n’ roll) affected them more than anything else this country ever did. You may not like the United States and everybody tells you not to like it, but one thing you have to admit. Where we come from there’s a culture, there’s a history, and we got Lightnin’ Hopkins and Carl Perkins, what do you got???” 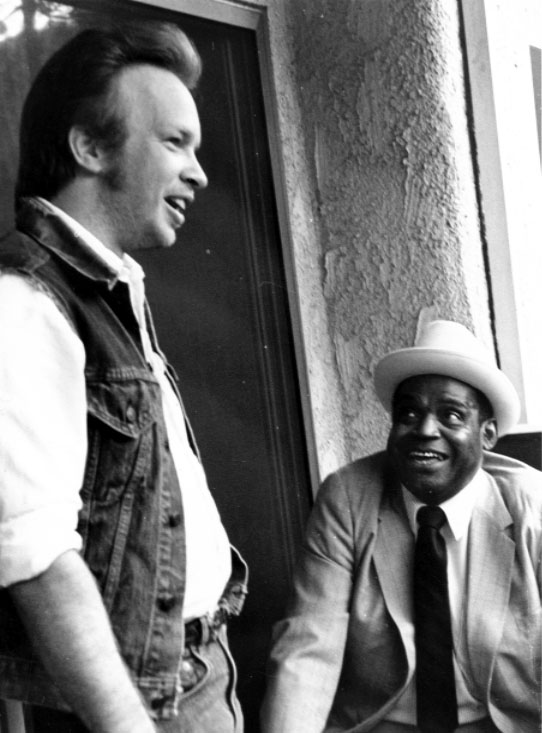 “The first afternoon we rehearsed with Willie and the second day with Carl. In rehearsal with Willie Dixon we did ‘I’m Ready’ and ‘Built For Comfort’ and a new song of Willie’s called ‘If You Don’t Have Peace.’ We wanted to do the songs like the Muddy Waters band and Willie wanted them done like he did them. We sort of got our way. The ‘Peace’ song was really cool because it was so different, but it didn’t make it into the show.”
–Dave Alvin, American Music: The Blasters/Dave Alvin newsletter, Nov-Dec 2001

“You got a mixture of black, white, spiritual, and sinner all gelled together. It’s like you boil tea to make it hot, put ice in it to cool it down, put sugar in it to make it sweet, and put lemon in there to sour that mother!”

This 1-2 punch encapsulated not only what made The Blasters great, but encapsulated the timelessness of post-WWII American roots music. Not that the band existed in a vacuum. The Blasters shared ideological space not only with other LA roots bands, but with the other first-rate revivalists from the era, most notably Rockpile and Danny Gatton.

Carl: “It’s so great to be around you guys. I mean, I listen to y’all. Somebody sent me a Blasters album and I said, ‘Wait a minute. Here’s something that was cut at Sun Records that didn’t get released!'”

Carl: “No really. I’m serious with you.”

Dave: “Are you gonna tell me I play better than Roland Janes?”

Carl: “All right, let me put it this way. I haven’t heard you play with a fifth of whiskey sitting on the floor. That’s the way we cut them records back at Sun.”

Dave [to someone off-camera]: “Mark that down for the next album. Fifth of whiskey on the floor.”

Phil: “There was a fifth of whiskey on the floor at the last one. [laughs] It was mine.”

“(The Blasters and Carl Perkins) did 8 or 9 songs (together), but only ‘Boppin’ The Blues’ made the show. We did ‘Honey Don’t,’ ‘Matchbox,’ ‘Gone Gone Gone,’ and a few of Carl’s biggest hits. When we got to the end and went off the stage, the audience wanted an encore. We were standing in the wings and Carl said, ‘Hell, let’s do ‘Whole Lotta Shakin’ Goin’ On.’ The producer, Ken Ehrlich, chose all the songs. I was disappointed that only one song with Carl Perkins was used.”
–Dave Alvin, American Music: The Blasters/Dave Alvin newsletter, Nov-Dec 2001

Carl Perkins: “I’d just like to say this. I’ve been in the business now for a little over 30 years, but I don’t know of a greater night that I’ve had in my life, really and truly, than I’ve spent right here on this stage tonight.”

When They All Had Souls

"Looky here Little Caney, honey don't you cry You know we're all going to die someday And the hand...