I love this picture of The Glands because it perfectly sums up my relationship toward their music. They put out two albums of strange, beautiful, heavy, melodic, grooving (in a good way) rockpop music and then disappeared. Oh, they’ll reunite every now and then in their native Athens, GA, but for the rest of us they remain a total enigma, forever in shadows. In a sense, they’re Neutral Milk Hotel without the cultural momentum. Both bands were based in Athens, roughly contemporary with one another (mid-to-late ’90s), led by possibly genius eccentrics (Shapiro/Mangum), and both bands left a legacy of two albums. One band took, the other didn’t. So, let’s help change that.

“And how you’re always talkin’ ’bout your skin
Somebody should tell you that it’s thinner than you’re thinkin’.”

Double Thriller was The Glands’ debut, initially self-released in 1996, then resequenced and reissued on Bar/None Records in 1998. It’s not as consistently top shelf as its follow-up, but still has several great songs. “Skin” sounds like a languid “Tractor Rape Chain” or Wilco circa Being There. I’m not sure I’d call Double Thriller a great album, but you can hear the greatness percolating. Actually, listening to this song again, I’m reminded why I like both Mannequin Men and Li’l Cap’n Travis. It swings like the former (along with similar vocal stylings) and shimmers like the latter, though any similarities are more than likely accidental.

Other albums have been more “important” and no doubt hundreds of albums have sold more copies, but The Glands, released in 2000, is my favorite album to come out of the Athens music scene. Apparently, Patterson Hood agrees with this sentiment. There’s a reason for this. It’s a gorgeous, sprawling, occasionally difficult masterpiece that contains nary a flaw and hasn’t aged a bit in its 12 year existence. Also, let’s be honest, does Murmur really need me to stick up for it? Settle down, REMissaries.

I don’t know if the title is an homage to “We Can Work It Out,” but “Paperback Writer” is all up in this groove. It’s really Beatles-esque in the best way. Influenced, but not annoyingly obvious. It’s not even really a pop song, yet you listen to it a few times and you wanna sing along, “Why should I feel blue when I all I see is you?!?!” Not sure if it’s Shapiro or Frank McDonald on the rippin’ guitar solo from 2:16-3:11, but the badassery cannot be denied.

The Glands – Fortress
The Glands, 2000
Amazon

“You keep the letters, the pictures, the flowers
They call you sentimental
They’ve got the ace in the hole
The skin and bones and tongue.”

By far my favorite Glands song, it turns me into a total pussy every time. It’s the sound of plaintive, lilting heartbreak, especially Shapiro’s killer vocal. Also, I love that perfect image of the fortress, one in Texas and one in California, and exquisitely designed to keep loved ones separated. Yeah, I couldn’t possibly relate to any of that. I think the best thing about “Fortress” is that it’s emotionally resonant without a single note being overplayed. It’s epic without being operatic, anthemic without being bossy, just understated, hesitating beauty. 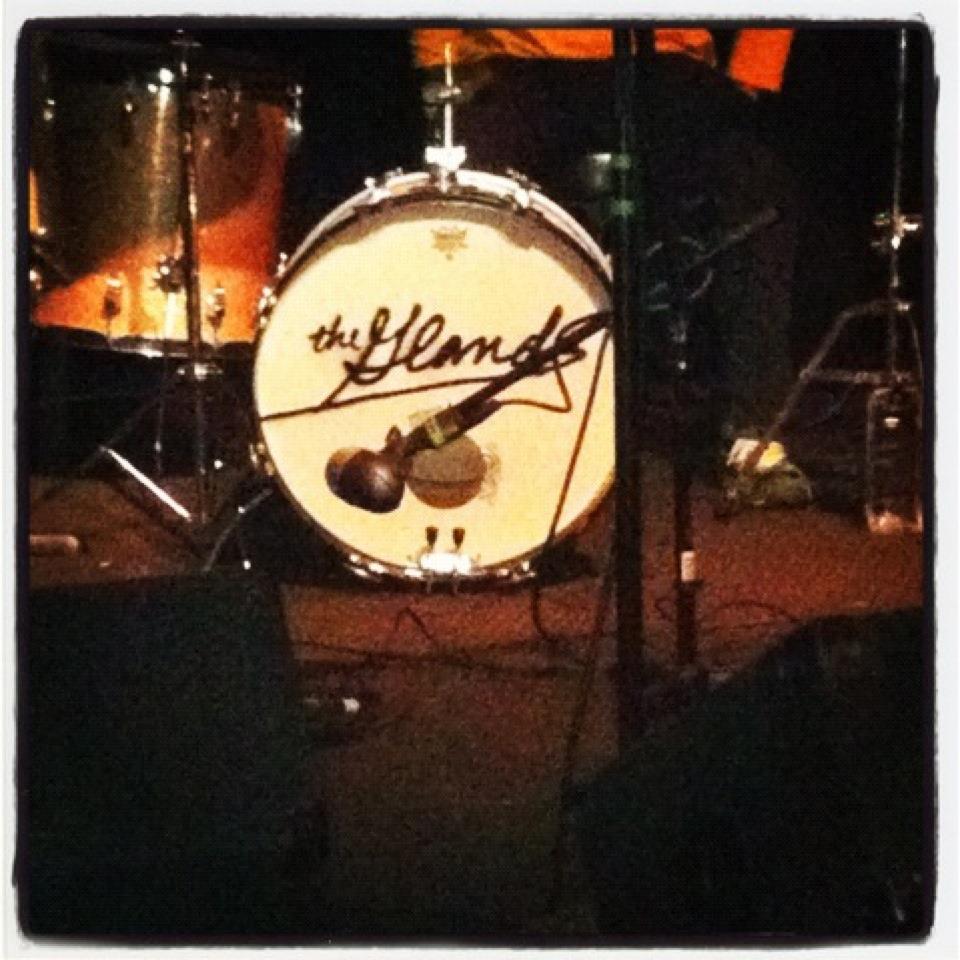 Double Thriller remains pretty hard to find, but you can actually get The Glands for less than $5 on Amazon! You have no excuses for ignoring its brilliance. The real diamond, however, is The Glands on vinyl. As I pointed out to Aquarium Drunkard a few years ago, the vinyl contains five extra songs and has a totally different track listing, which changes the feel of the album, in my opinion for the better. Not significantly better, but better nonetheless. Maybe one of these days I’ll figure out how to turn vinyl into mp3s and we can compare and contrast.

“I called my shrink
But what I really want’s a little empathy
We’re gonna work, gonna work it out.”

4 comments on “Rescued From Obscurity: The Glands”