Did you know Grand Champeen released one of my favorite EPs in 2010? OK, technically it’s not an official release, but rather five songs extracted from their November 19, 2010, “ACL Presents Satellite Sets” taping. Considering they haven’t released an album since 2007’s Dial T For This and their tour schedule can roughly be described as “Guns N’ Roses-esque,” I’ll take what I can get. Thankfully, this mini-set is loaded for bear, and is probably something you’d want to download and listen to repeatedly over the course of, say, a Fourth of July weekend. Don’t do it for me. Do it for America.

FYI, Satellite Sets is an offshoot of the Austin City Limits TV show. It’s more or less has the same format, live performance + interviews, but features unknown bands from different genres. On paper, it makes perfect sense. ACL gets to grow its brand* and young bands get free exposure. Win-win.** Speaking of exposure, you can watch Champeen’s set on the Satellite Sets website, though each song is uploaded separately. Watch here.

* For blatantly using insipid buzzphrasing, the gods will probably curse me with cold sores and explosive diarrhea.

** I think my liver is shutting down.

Right out the box, Champeen shows you why they’re Adios Lounge standbys. It’s Budokan-era Cheap Trick meets Sorry Ma-era Replacements* with angular, melodic guitars (Crow and Lewis), good vocal harmonies (Crow and Lewis again), a locked-in rhythm section (Livingstone and Stewart), and the patented Lewis scream in all the right places. We even get a sweet Keith Richards reference. And given my discussion of nostalgia a few weeks ago, I love the opening line invocation of what’s obviously the late ’80s/early ’90s. Fucking tapes. How did they work?

Grand Champeen – Just Want To Get You Alone

Wilco‘s Being There may be the obvious touchstone (“Red-Eyed And Blue,” specifically), but I think I’m gonna spread the rumor that this is a Journey deep cut.

Singered and songwritered by bassist, Alex Livingstone, the first 15 seconds sounds like something off of Physical Graffiti, then moves into classic early ’90s melodic punk/indie rock (think: Superchunk, Meices, Fastbacks, Overwhelming Colorfast). Love the guitar sound, but it helps to have Ned kicking the band in the ass. He’s long been Champeen’s secret weapon, “the drummer blowin’ our minds behind the kit” (quote from “Records & Tapes”). 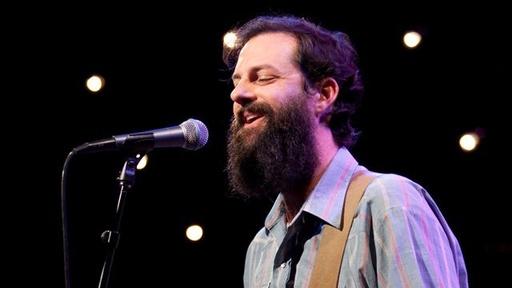 By the way, did you know Alex Livingstone released one of my favorite albums in 2010? Past Prayers is the name of the project and record, and it combines unreleased GC tunes with new songs written during the recording process. (Honestly, I should probably write a little sumpin-sumpin because it deserves more love). Look at it this way: If you like his songs in Champeen and are not currently in a coma, I’m pretty sure you’re gonna enjoy it. 14 songs for a measly $10 from CD Baby. It’s like you’re making money.

Another Livingstone original lovingly descended from Superchunk. In fact, “Why don’t you go ahead and pass me on the left right now?” is a direct lyrical nod to “Do not pass me just to slow down” from “Precision Auto.” This connection shouldn’t be that surprising for two reasons:

Incidentally, for those of you who like such things, Crow unleashes a solo straight outta the J Mascis book of tricks from 1:48-2:19.

Grand Champeen – To The Ides

I’ve listened to this song champteen times and it never gets old. I love the cool bass runs from Livingstone, but Crow steals the show with his mad scientist guitar voodoo. He’s truly one of the best I’ve ever heard. His gnarly squall from 1:25-1:49 slays me with Robert Quine/Bob Stinson-esque brilliance.

On that “rockets red glare/bombs bursting in air” note, happy birthday, America. Be safe, sane, and let us all hope for a new Champeen album in the next year … or five.

All God’s Kids, They Wanna Rock

Six Degrees: Headed For The Ditch