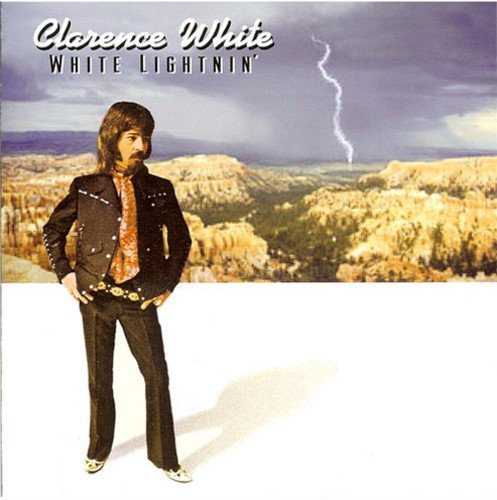 “I know a little place to go where the band is cookin’ every night.”

It’s my pleasure to announce the arrival of more gems from the Clarence White archives. John Delgatto of Sierra Records has walked a Bataan death march to issue White Lightnin’, a collection of 18 obscurities covering the breadth of Clarence’s career. 15 of the 18 tracks were recorded between 1967-70, so its synchronicity with my Clarence White series is fortuitous. I’ve addressed a few of the songs previously — The Everly Brothers and Joe Cocker, e.g. — but for the most part this is unreleased nectar from the stringbender wing of Mount Olympus. You get your CW acoustic, electric, and pre- and post-B-Bender. Oh yeah, and the first 500 customers receive a free mini-DVD featuring live versions of “Truckstop Girl” and “Take A Whiff”. According to yesterday’s email, 255 are still available.

“Birmingham” comes from Freddy Weller‘s debut LP, Games People Play (1969). Weller is a decent enough vocalist, but the stars here are Clarence (panned left) and Red Rhodes on pedal steel (panned right). White’s syncopated intro is suh-weet and his funky playing from 1:38-1:54 is ridiculous. I especially love the interplay between White and Rhodes at the end of that passage where they’re “talking” to each other. Great stuff, and there’s more where that came from.

White Lightnin’ is worthwhile for musical reasons, but buying it also supports John, the Original Twangster of Sierra Records. The dude has endured manufacturing, distribution, electronic, and medical woes to bring you the sweet, sweet country-rock love, so for the love of Gob Bluth, help a brotha out.

THE FUTURE YOU SAY?

FYI, according to yesterday’s email, a Parsons box set and Byrds DVD may “see the light of day someday,” so consider your purchase to be a sound investment in the country-rock canon. Everybody wins.